Citizens of North Mississippi can now whittle away their disposable income on tokens thanks to Bits Arcade in Water Valley.  The brainchild of Scott Sisk and Brad Lyle, Bits is the first attempt to bring a complete arcade bar experience to Mississippi.

Nestled in the green hills of the north half of the state, Water Valley is a picturesque, quaint small town that looks like a Norman Rockwell painting come to life. It’s the friendly next-door neighbor to Oxford, which is more famous for its literary legacy, including William Faulkner, Willie Morris, Barry Hannah, Larry Brown, Ace Atkins, John Grisham….the list goes on and on.

Bits is located within the same historic “Hendricks Machine Shop” building that is the home and headquarters of Yalobusha Brewing, a craft beer brand and brewpub. Bits is sandwiched by the brewpub (which is also a music venue) and a cafe named Heartbreak Coffee. 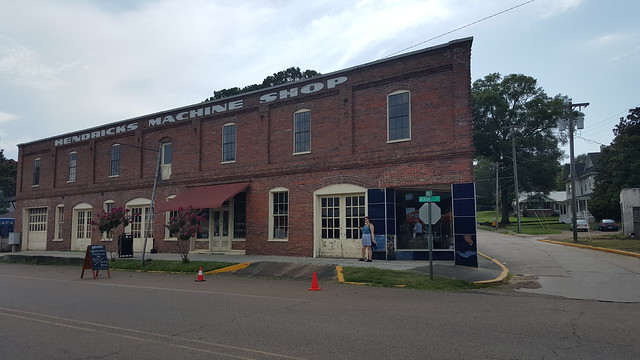 “We think the crossover customer base from the brewpub and cafe will really make this work,” explained Brad Lyle. “We were talking to [Yalobusha founder] Andy [O’ Bryan] who had an idea for doing something like this a year ago. So rather than do it himself, he let us put in an arcade here.” 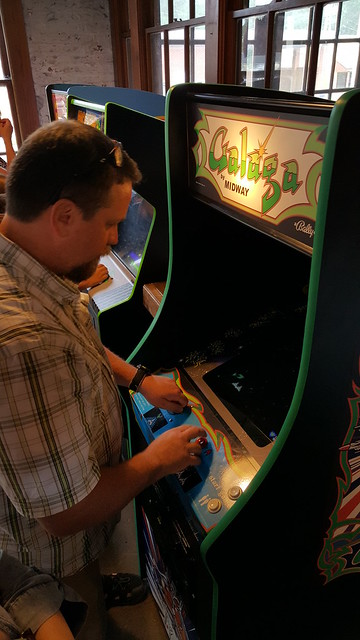 The current game lineup is limited to what the pair had the budget to acquire from the regional used market. Some of the games include a Frogger, Gauntlet, a Spy Hunter pinball machine, and a very rare Simpsons Bowling unit.

The beer, coffee, and snacks are provided by the adjoining businesses, leaving Lyle and Sisk free to focus on the arcade operations and maintenance.

Yalobusha, founded four years ago, offers a full line of craft beers for every taste, from bourbon barrel-aged milk stout called Testify! to literary-influenced brews like Snopes Family Pilsner, named for a fictitious, notoriously low-class family that run throughout a number of Faulkner stories; or the Larry Brown ale named after the aforementioned writer, Brown. As with all things that come from Mississippi, the offerings have an inherently folksy and Southern flair.

“We’re in the middle of a craft beer boom. Anheuser-Busch, Coors, and Miller are the three macrobreweries…and none of those are owned by Americans anymore. So really the only American beer is craft beer,” sums up O’Bryan.

Bits’ soft grand opening, billed as a preview, was held July 1. Arcade Bar Scene was there to document the occasion (and play a few games.)  The place was jam-packed and only increased attendance as the night wore on. Whole families came with kids and dogs in tow. Several of the youth were younger than most of the games themselves, and many had never played these games before. 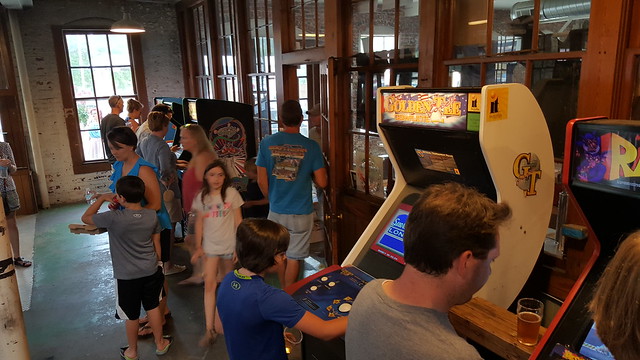 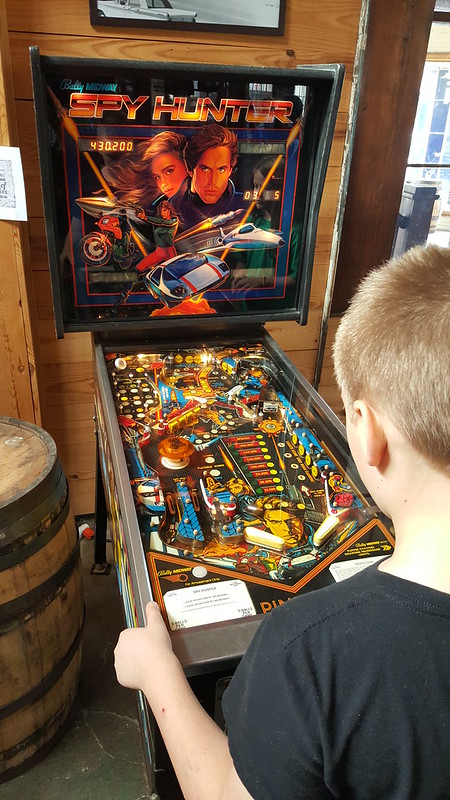 Many of the grown patrons were recapturing memories of their youth. “I’m really excited about getting to play some pinball,” exclaimed a local named Dede.

Pinball in action at @bits_arcade

Bits staff were offering Pac-Man cookies to celebrate the occasion.

First time jitters weren’t as much an issue for the staff as growing pains “We didn’t think about getting change to break bills,” laughed Sisk who quickly surmised an in-house supply of small bills was available from the token machine to meet the high demand.

But high demand is a good problem to have.

All photos by Daniel Lee Perea unless otherwise noted.