The joystick jockeys of the OC will have a new haunt to sip brew and drop quarters. According to Time Out Los Angeles, Mission Control has opened its doors in McFadden Public Market. 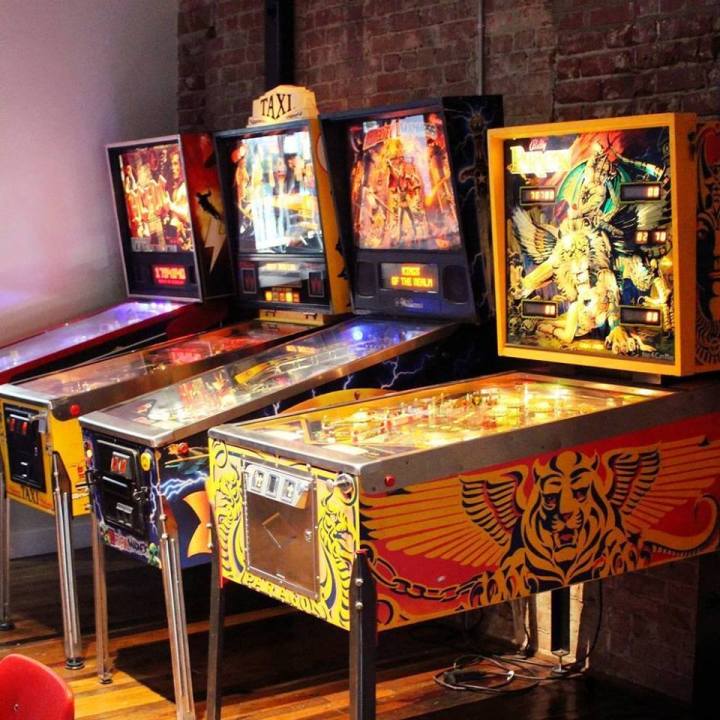 McFadden has brought in one spot that’s sure to distinguish it from the pack: Mission Control, an arcade bar featuring vintage pinball arcade games.

Mission Control is Orange County’s first “arcade bar,” combining adult beverages with throwback games in the vein of L.A.’s Button Mash or EightyTwo. The establishment represents the fulfillment of a long-time dream for Leonard Chan, the entrepreneur behind the entire market, as well as a number of dining concepts around the region.

“I used to spend thousands of dollars in arcade games as a kid,” Chan told the L.A. Times. “Since I started, I’ve wanted to open a barcade, but there was no interest in nostalgia back then.”

Nostalgia won’t be the only reason to drop by McFadden Public Market, of course. There is also a collection of food vendors hand-selected by Chan himself, including fried chicken by Rooster Republic, ice cream by Milk Man and coffee by Solid Coffee Roasters. A Vietnamese concept called Bone Stock will offer selections including something called the Spring-ception, a spring roll stuffed with an eggroll.

Chan probably knows what it takes to assemble a good food hall mix. While this smaller-scale market is his first attempt at running one on his own, his existing projects already include stalls in the OC Mix, Union Market and Anaheim Packing District.